Theresa May will take part in TV leaders’ debates only alongside a belligerent Tory mob cheering her on and shouting abuse at opponents, just like in PMQs, she has said. 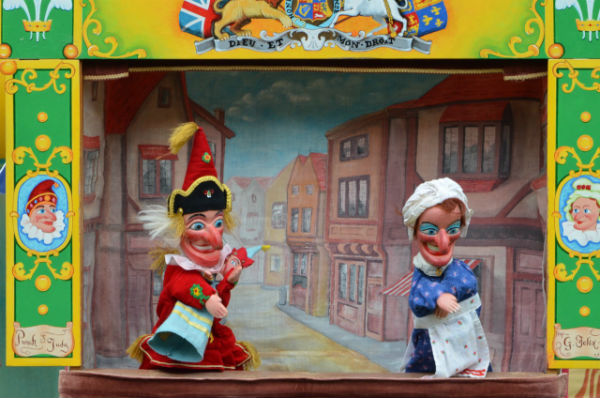 The Prime Minister is comfortable facing questions on difficult matters such as Tory election fraud, public sector cuts and deep division over Brexit as long as Tory ministers can shout “Shut up” at opponents who raise them.

Mrs May told BBC Radio 4 Today: “Serious questions are asked, I say something about this party at least being better than the one over there for some reason or other and everyone bellows like seven-year-olds at a Punch and Judy show.

“That’s how my show works.

“Without the jeering mob I might have to give answers and that is not how my show works.”

When the Prime Minister was pressed on the point by host Nick Robinson, MP David Mundell, standing to her right, said: “Shut up you cunt.

“Yes, at least I’m not a tosser,” added the Prime Minister to a round of appreciative guffaws from the rest of her Tory rabble.