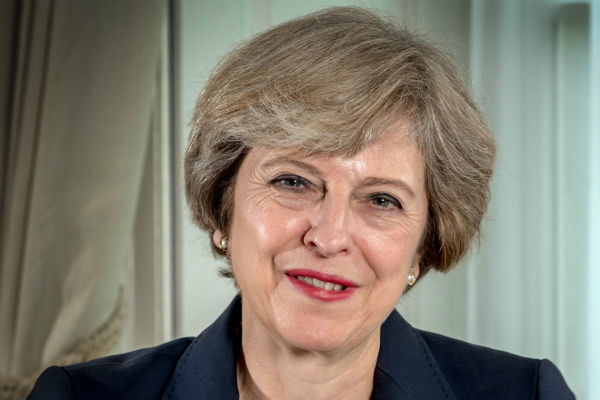 How are you this morning? Had a nice shower or bath? Good. Sit down.

Well, it’s a funny story actually. It turns out it was never really possible. You see, to do those things, we’d need a hard border in Ireland and then we would have bombs. It’s a problem no one could possibly have foreseen.

The alternative, a barrier between Northern Ireland and the rest of us, wouldn’t really be Brexit and, well, have you met Arlene Foster?

So, after days of intense negotiation, I’ve just reached a hard-won agreement with the European Commission which is in the interests of all: not to do it.

No hard border, no end to free movement, no making our own rules. And no totally fucking our economy.

We are still doing something with control: giving it away to the 27 remaining member states. And we’re still calling it Brexit.

I can do that, you see, because Brexit means Brexit.

Today, I am launching a crowdfund page to raise the money for an operation to sew my mouth closed.

An extreme measure, yes, but also the only way to protect us all from the volcanic-like eruption of idiocy that occurs when it is opened.

At this very moment, I feel the ignorance rising like magma within me. The pressure is building, forcing some new, bewilderingly misinformed proclamation towards the tectonic plates of my lips, until it explodes into the atmosphere like a toxic cloud of stupid.

There. You see? It won’t be long until there is another one.

Help me, please. Just a small donation could help close this portal into an alternative world of boundless insensitivity.

How will I eat? With difficultly. A bit like the unemployed, I suppose.

I do not know what Brexit means.

I know what it doesn’t mean: Brexit.

We cannot jeopardise peace with the hard border in Ireland that Brexit means. So it doesn’t mean that.

It means Northern Ireland keeping EU rules, but not, of course, being any different to the rest of the UK. Emphatically not. Why have you even thought that, it’s so random.

All words only mean what we say they do and sometimes they are the same but also different. Wave, for example, also means wave.

I’ve forgotten where I was going with this. It’s time for the EU to go away, think again and come back and tell me. Otherwise I’m walking away.

By now, you will all be aware of my hoarding of secrets about Brexit’s impact on the economy, lest Brussels should know that we are weak and use it against us at the negotiating table.

Now, you may argue that this very public display of fear itself weakens our position. That Juncker will think, ‘My God. He’s so afraid of handing those reports to the Brexit select committee that he’d rather face contempt of parliament. They must say that Britain is fucked. They will do anything we want.’

But you would be wrong, and I will tell you why. Consider stumbling upon a bear in a forest. It’s hungry but may not have knowledge of humans and how easy we are to kill. So, do you stand where you are, showing it yourself, as if you have nothing to fear? Will that make the animal cautious? Will its survival instincts tell it that your confidence could be a sign you are able to defend yourself?

No. It will think, ‘That animal cannot run. I am going to eat it.’

Now consider you instead run in abject terror, as fast your two legs will carry you. Will it think, ‘That animal is shitting itself and not even going very fast. I am going to catch it and eat it and it will be easy’?

No. It will think, ‘That animal is running. It must be very confident in its running ability. There is no way I am going to catch that. Looks like it’s going to be hare for tea again.’

So run. Hide behind a tree, even though it can see that is what you are doing. If it comes for you, move around the tree. Round and round.

That is my strategy.

Philip Hammond has been wondering if he did enough to seduce young Labour voters in yesterday’s budget and should not perhaps have sat on a chair backwards. 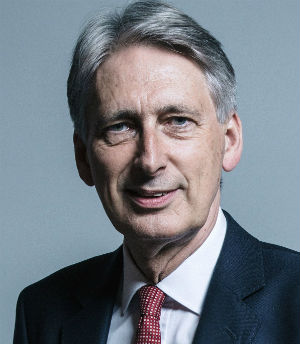 Faced with the impossible task of increasing spending while being Tory, the Chancellor scrapped stamp duty for first-time homebuyers and now wonders if he should have done more to reach the young, like chewing gum or wearing sunglasses.

Mr Hammond said: “Obviously this policy will make young voters warm to us, because they’re basically selfish, like everyone, right? I mean they’re young but not mentally ill.

“Are they? I don’t really know and that’s what worries me. Should I have tried to speak their language more? What is their language? Do they still jive dance?

A senior Conservative source said: “Yesterday was make-or-break for Philip. Would he deliver the budget speech without setting fire to himself? Would he get through breakfast without stabbing himself in the head with a fork?

“We think it went quite well. Like us, the country was so distracted by whether or not he would say something bewilderingly stupid that the message of economic doom doesn’t yet seem to have registered.”

But young voter Sabrina Duncan said: “If buying a home hadn’t been made an impossible dream, I might well give a shit about stamp duty.”

People facing six weeks without benefits should simply manage their budgets, a woman in £1,000 leather trousers has explained.

Told by Jeremy Corbyn that families faced eviction from their homes because of universal credit payment delays, Theresa May said they should dip into their savings as she would, adding: “What is wrong with them?”

Challenged by the Labour leader in PMQs, the Prime Minister said: “There have been concerns raised in the house previously over the issue of people managing their budgets to pay rent.

“Why don’t they just take a walking holiday in Switzerland instead of going to the Algarve, as I did. Or cut back on cashmere sweaters. It’s a piece of piss.

“Quite honestly, if people aren’t responsible enough to realise that rent comes before cashmere then there is literally nothing this government can do for them. Fuck them. It’s for their own good.”

Benefit claimant Ray Doyle, due to be evicted over the payment delay, said: “I suppose I could sell the carpet. If I owned a carpet.”

A Leave voter is wondering what has happened to Twitter after accounts run by Russian trolls were suspended.

Ray Doyle, from Basildon, previously knew the site as a constantly refreshed source of opinion and ideas but last logged on to experience the social media equivalent of being left alone on Earth with Nigel Farage.

Mr Doyle said: “Suddenly I don’t follow anyone, have no followers and the only tweets are my own, which no one appears to have seen.

“If that man in the film 28 Days later had woken up in hospital and checked Twitter instead of going for a walk, it would basically be this.

“Except for Farage. He’s still there, shouting. Imagine that. Alone in the world with a shouting Nigel Farage. That’s a user experience that Twitter might want to look at.

“Then again, they’ve probably been hacked by the same brainwashed zombie remainers that deleted all the accounts I follow. @Leavenowgetoverit told me that happens a lot. Before he disappeared.”

It is inevitable that toys and dummies will be thrown all the way to mainland US from Kim Yong-un’s pram, the North Korean leader has said.

Following a week in which he and Donald Trump both threw all their toys in each other’s general direction, Mr Kim plans to test a device capable of striking US mainland targets with Junior Lego bricks plus a half-full pot of yoghurt and the spoon he was eating it with.

It comes after Mr Trump threw some Fisher-Price Laugh and Learn Shapes and a Big Boy’s Training Nappy further in North Korea’s direction than any US president in the 21st century.

Announcing his intention in a rare public address on North Korea’s state-run TV network, Mr Kim stared into the camera, put a wet, chubby hand over lens, pushed it over and started to cry.

A North Korean official said: “I’m afraid he gets like this when he’s tired.”

Mr Trump said: “Rocket man is on a suicide mission. Superman is flying around the moon and Spiderman is fighting The Hulk. Look. I did a drawing.

EU leaders will show their creativity over Brexit by scribbling absent-mindedly during Theresa May’s speech in Florence, they have confirmed.

As the Prime Minister calls on them to be “imaginative and creative” about reaching a Brexit deal, they will pen rough caricatures of her in range of perilous situations, they have said.

After learning Mrs May would call on them to “show vision” in overcoming deadlocked Brexit talks, EU chief negotiator Michel Barnier said: “I’m seeing her being eaten by a massive crocodile.

“No, a toad. A gigantic toad. It’s got blond hair and a hat that says ‘Boris’ on it. And she’s imploring it to be creative and imaginative in reaching an arrangement where she doesn’t get eaten. She’s saying it has a ‘profound sense of responsibility’ not to eat her. But it’s just eating her anyway. It’s eating her up.”

Chief Brexit coordinator Guy Verhofstadt said: “I know what to do here. You use your notepad to make a flip book. The toad can eat her and then use its creativity to create a poo.

“Or get eaten itself by something even bigger. Or just squashed under a massive boot. Really badly squashed. The boot’s massive.

Theresa May will deliver a series of stock phrases to the sea in the hope of halting the encroaching tide, Downing Street has announced.

After delivering a speech in Florence aimed at kickstarting deadlocked Brexit negotiations, the Prime Minister will travel to an Italian beach and shout similar platitudes to the waves, a spokesman said.

The spokesman said: “The Prime Minister will attempt to sway the course of a non-negotiable event by shouting soundbites like “Brexit means Brexit” into the air.

“And she will try the same shit on the Adriatic.

“As the Prime Minister has said on many occasions, ‘We are leaving the EU but not Europe.’ The EU hasn’t listened, so now the waves have to hear it.

“There is some hope that she can dissuade the tide from sweeping her out to sea but more importantly that it won’t heckle her, which would be worse.”

The Adriatic Sea said: “I think she’s going to be out of her depth.”